40 years after it’s original release, Tattoo You returns with an all-new 2021 master, alongside 9 new unheard tracks (listen to ‘Living In The Heart Of Love’ now) & bonus live cuts. This is a celebration of one of the Stones most iconic albums - which includes monster hits ‘Start Me Up’ & ‘Waiting On A Friend’ alongside all-time fan favourites like ‘Black Limousine’ & ‘Heaven’.

SCROLL DOWN TO LEARN MORE ABOUT THE HISTORY, OR ORDER YOUR COPY NOW. 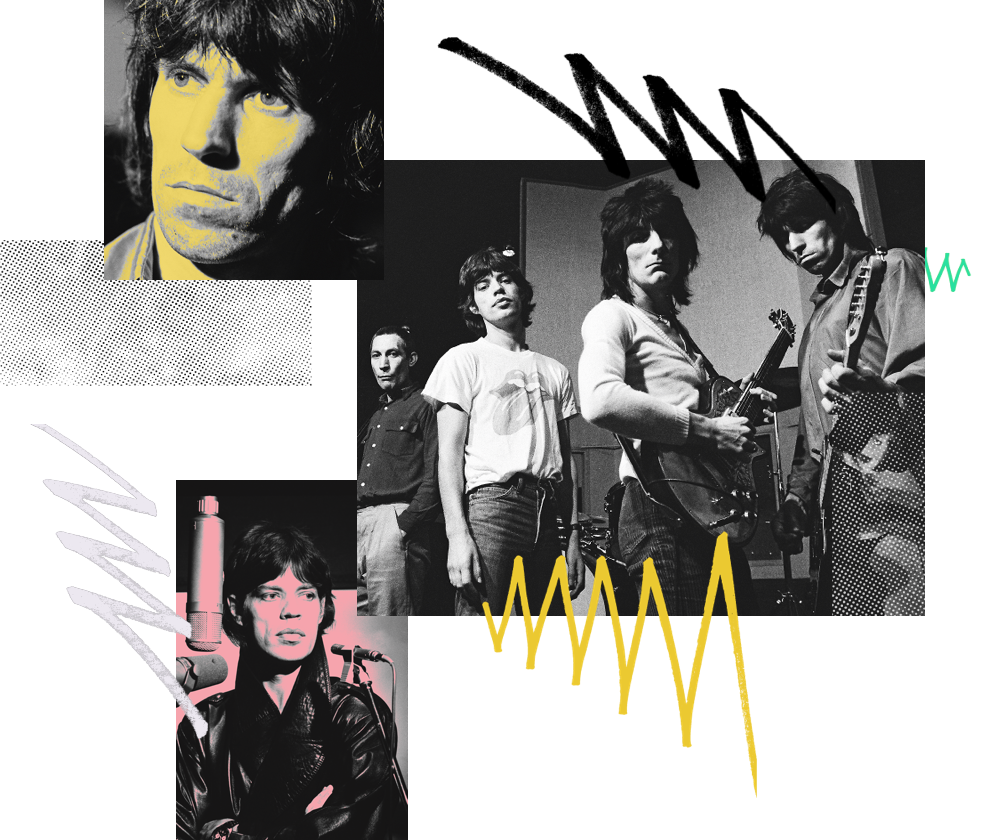 More about Tattoo You…

In the wake of the release of Emotional Rescue in 1980, the future of the Rolling Stones seemed in the balance. Sure, they’d survived the wild 1960s and even wilder ’70s, but as the new decade dawned, they were in uncharted territory. No rock and roll band had lasted nearly 20 years. Still, plans were afoot.

With preparations proceeding for a massive tour of the United States at the end of 1981 and another the following year in Europe, a new album was urgently required. But the band’s future was anything but certain. Reflecting on the relationships between the various Stones during the Tattoo You period, Mick says, ‘The difficulty in growing up in a rock and roll band, I think, is that you start with this gang of people and, as anyone knows that’s been in a gang, that gang simply can’t last forever.’

The Stones, however, were determined to carry on. With everyone on a much-needed break after the completion of Emotional Rescue, but with an album owed to the powers that be, the band hit on a novel approach to make it. Chris Kimsey – a veteran of Stones sessions – relates how he knew that some of the band’s outtakes from the 1970s had the potential to be powerful masters. He was tasked with uncovering the best of whatever might be buried in the band’s rich archive.

‘For Tattoo You,’ recalls Ron Wood, ‘we realised that there was a lot of great music that we had recorded in the past that had never been released, particularly from all the material we had amassed during the Some Girls and Emotional Rescue sessions’.

‘The music had to age like good wine,’ Keith adds with a chuckle.

Diligently, Kimsey set about his work. For three months he toiled, listening to every reel of tape he could lay his hands on that had rolled during a Stones session in the 1970s. Every step of the way, the band were involved.

Not surprisingly, it was the Paris session material for Emotional Rescue and, especially, Some Girls – when Keith Richards was living under the threat of spending time in jail after his February 1977 drug bust in Toronto, Canada – that turned out to be a boon for the team. Describing his drive and focus at that time, Keith says, ‘When I returned to the fold after “closing down the laboratory”, I came back into the studio with Mick and the band to say, “Thanks, man, for shouldering the burden.”’

Eventually, Kimsey had found enough great songs for an album. He sent another set of cassettes of rough mixes to Mick and Keith and waited for their responses. They loved what they heard and were convinced an extraordinarily strong and, considering its disparate sources, remarkably cohesive album was within their grasp.

In the autumn of 1980, Mick met up with Kimsey in a suburb of Paris. In a damp, cavernous warehouse, with the Rolling Stones Mobile truck parked inside, they began working in earnest on what would eventually become Tattoo You. After several months of recording, Mick then convened with Keith in New York to add the finishing touches to the album. Finally, to put the project to bed, the masterful mix by Bob Clearmountain and Gary Lyons made tracks taken from so many unrelated sources sound unified.

There was an error submitting the form. Please try again later.