The CLF’s laser systems are built and maintained by our laser experts
(Credit: STFC)

Lasers are powerful, versatile research tools that underpin many key scientific and technological advances of the last 50 years. From understanding the nature and behaviour of cancer cells to helping unlock the world-changing potential of fusion energy, they have endless applications and offer limitless value in driving forward the process of discovery and innovation. 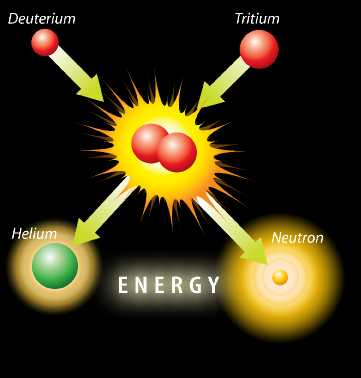 We provide access to these cutting-edge capabilities for the entire UK science community, enabling academia and industry to further their research and helping them achieve the breakthroughs they seek. Our laser development programmes are working towards the next generation of even higher power lasers, and towards making them more widely used for applications in healthcare, energy and engineering.

Plasmas account for 99% of the known matter in the Universe. So understanding the physics underpinning them is fundamental to our wider understanding of the Universe and how it functions. Plasma physics impacts on many key areas of scientific interest, from astrophysics to future energy sources and even next generation accelerator technology.

Our Vulcan and Astra Gemini lasers are routinely harnessed to produce a whole range of plasma types in the laboratory. This provides the perfect environment in which academic and industrial researchers can experiment, explore and explain, as they pursue new knowledge and innovative technologies.

Shooting a super-intense laser pulse into a plastic or metallic target produces a plasma. It also transfers some of the laser’s energy to the material, superheating it to around 1 million degrees. As laser and plasma interact, beams of radiation (including electrons and/or protons and ions) are given off along with bright X-ray and gamma ray flashes.

Scientists are keen to fully understand and control this novel mechanism for generating radiation beams. Not only is the source itself much smaller than a centimetre, making it very compact compared to conventional sources that are at least a metre in size. The pulses of radiation are also extremely short, lasting only a trillionth of a second, making them very useful tools to capture very fast physics processes.

Fusion involves fusing two particles together to form new ones. If the products’ mass is less than the mass of the fusing particles, energy will be released in accordance with Einstein’s famous equation E = mc2. This process occurs naturally under the extreme plasma conditions at the centre of stars, but achieving it on Earth is trickier. Yet it holds the key to electricity generation in the truly long term.

If realised, fusion energy could provide a clean, safe, economic energy source for over a million years. The fuels are deuterium (from sea water) and tritium (produced from lithium), which are isotopes of hydrogen and abundant on Earth. At temperatures of 100 million degrees, deuterons and tritons can collide and fuse to produce an alpha particle and a highly energetic neutron. Stopping these neutrons in a ‘blanket’ around the plasma allows energy extraction – energy that can be harnessed to turn turbines and generate electricity. The big question is: how can such a high temperature plasma be created while still obtaining net energy gain from the reaction?

Inertial confinement fusion (ICF) is one option. The idea is to use lasers to heat the exterior of a deuterium-tritium shell. The resulting rocket effect leads to an implosion that creates a very dense deuterium-tritium mass. In principle, a hotspot will be created and ignite the fuel, causing it to burn up through fusion reactions before the fuel can expand out again, leading to net energy gain. Fast Ignition ICF is a variation where an implosion produces a very dense mass of deuterium-tritium fuel without a hotspot, which is generated separately by sending in a laser-generated relativistic electron beam. This could lead to big savings in the scale of lasers required to drive the implosion, resulting in cheaper ICF and higher gain factors.

Probing astrophysical plasmas in the laboratory

On Earth, we’re used to three states of matter: solid, liquid and gas. But there’s also a fourth. Plasma is matter that’s been broken down into its constituent ions and electrons. Driving matter into this state requires an extreme external factor, with the conditions in outer space responsible for 99% of the known, visible Universe being in the plasma state. Generating plasmas in controlled environments here on Earth therefore enables us to probe and study astrophysical activity that’s far beyond our physical reach.

Laser plasmas generated at our Central Laser Facility exhibit properties that make them similar to astrophysical plasmas in supernova remnants, in the cores of stars and planets, and in the early stages of galaxy formation. By mimicking astro-plasmas, our Vulcan and Gemini [link to Gemini page] lasers have enabled us to study the opacity of our sun, the material at the centre of Jupiter, the origin of magnetic fields in the Universe and plasma jet formation and interstellar flows.

To support the theoretical side of plasma research, we work with members of the plasma research community from all over the world, providing theoretical and computational support via the Plasma Physics Group at our Central Laser Facility [link to CLF page]. A key part of our activities involves working alongside international collaborations to interpret experimental data, as well as developing and providing access to world-leading plasma simulation codes.

The Group is expertly equipped to address both fundamental and applied aspects of plasma physics research, including laser acceleration, laser fusion research and quantum effects (e.g. particle production) expected to be observed with the next generation of ultra-high intensity lasers (e.g. the Vulcan 10 PW upgrade). In addition, high performance computing is needed to run plasma simulations codes fully and our dedicated computing clusters allow large simulations of this kind to be carried out.

We’re also designing and building the most powerful laser in the world by applying a revolutionary technique, pioneered in-house, to our Vulcan system. The aim is to enhance the power from 1 PW to over 20 PW and increase its focused intensity by over 200 times, ensuring we retain our world-leading status in this field. Success will enable us to reach extreme conditions only found in astrophysical phenomena, perturbing the vacuum itself, and to produce beams of accelerated particles far beyond what’s achievable today.

In recent years, research at our Central Laser Facility has led to major advances in laser physics. For example, we developed the pioneering Optical Parametric Chirped Pulse Amplification (OPCPA) method for amplifying short energetic laser pulses without losing any spectral (i.e. colour) content. The concept, which has been widely imitated and implemented worldwide, forms the basis of the proposed Vulcan 10 PW upgrade project.

Our simulation codes have been used to demonstrate the feasibility of Raman amplification, a ground-breaking laser amplification method which takes long laser pulses and compresses them to 1000 times shorter but with intensities 300 times greater.

This means very complex, very expensive laser set-ups could eventually be replaced with smaller, more cost-effective systems – making many laser-based technologies far more accessible and easier to mass-produce. This development is another step in the quest to provide the ever more powerful lasers demanded by new technologies.