Everything, including ourselves, is made of matter whose underlying structure is governed by basic laws. STFC’s particle physicists investigate the structure of matter at the most fundamental level by looking at the sub-atomic particles that make up atoms. 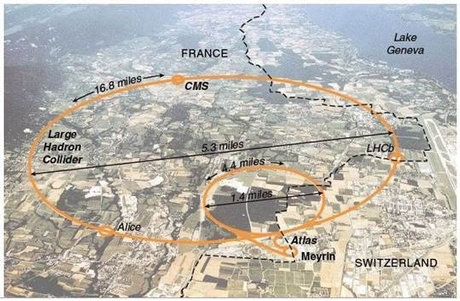 One of the current goals in particle physics is to complete the 'Standard Model’, which describes the known particles and their interactions. The Higgs particle, which is thought to be responsible for giving particles their mass, has recently been discovered and work is now underway to understand its properties and if these conform to predictions of the Standard Model.

But the Standard Model does not give a complete theory of everything as it does not include gravity and does not explain recently observed neutrino oscillations and so physicists are looking for phenomena 'beyond the Standard Model'. There are hints that new physics such as dark matter and supersymmetry exists and so the search is on to find experimental proof. These searches require the development of new detectors that push technology to the limit. 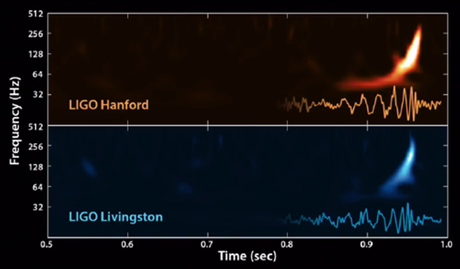 The whitened time series and time-frequency images of the gravitational-wave signal GW150914 as measured by the LIGO-Hanford and LIGO-Livingston detectors.
(Credit: : PRL 116 061102 2016)

Particle Astrophysics is a new field of research emerging at the intersection of particle physics, astronomy and cosmology. It uses new infrastructures and methods to detect a wide range of cosmic particles including neutrinos, gamma rays, cosmic rays, dark matter and gravitational waves.

Particle physics and particle astrophysics research aims to answer fundamental questions such as:

Particle physics is also underpinned by theory and the UK is renowned for the originality and depth of its contributions to theoretical physics.