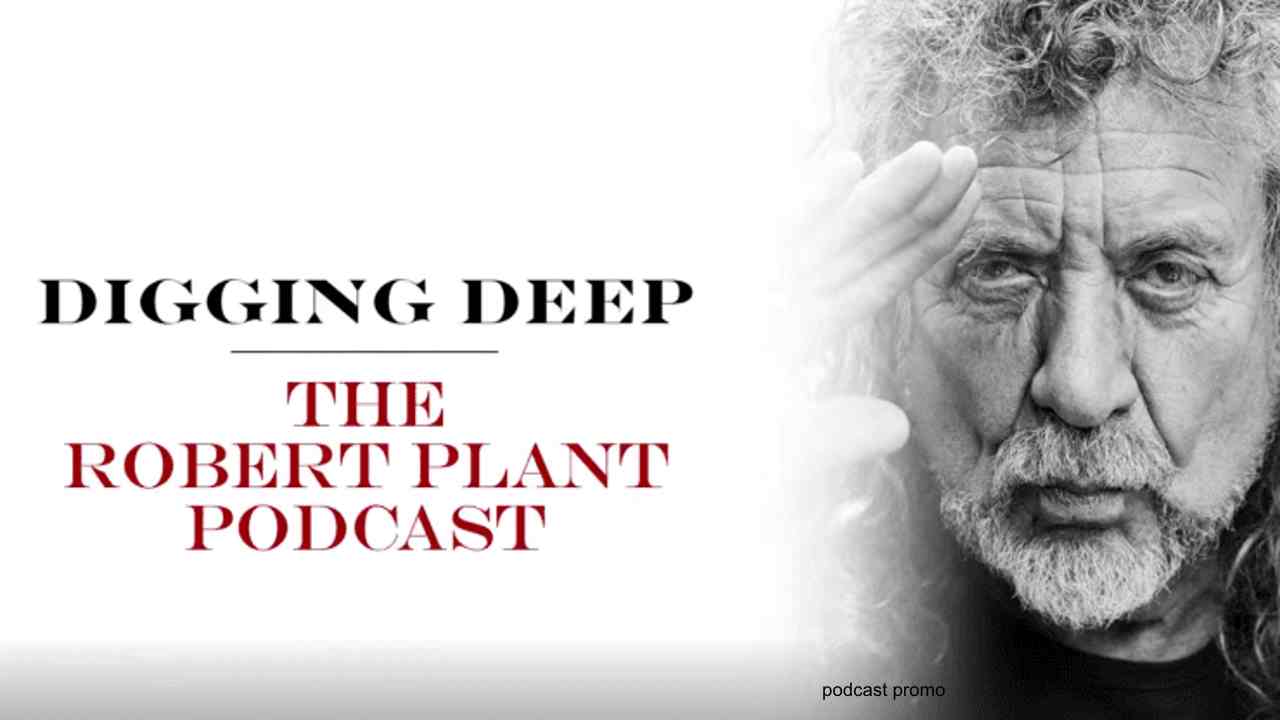 (hennemusic) Led Zeppelin frontman Robert Plant has launched the third season of his podcast series, "Digging Deep." In the first episode of the new run - recorded live at London's Rough Trade East - the singer discusses "Morning Dew" from his 2002 album, "Dreamland", a track that could be described as 'a post-apocalyptic psych-folk classic' with an incredible history.

Written by Canadian folk singer Bonnie Dobson, who released a live version of the track in 1962 before recording a studio version in 1969. "So, I always wanted to sing this song, and I did so many times, anyway" explains Plant. "When it was time to record it with Strange Sensation, it was on our first adventure ... and most of the album were covers, anyway. It was just something I always wanted to do."

The podcast series returns in sync with news that Plant will release a new anthology, "Digging Deep: Subterranea", on October 2. The limited edition 2CD set presents 30 songs from the rocker's extensive solo career - from his 1982 debut, "Pictures At Eleven", to his eleventh and latest effort, 2017's "Carry Fire."

The package includes three previously unreleased tracks: "Nothing Takes The Place Of You," "Charlie Patton Highway (Turn It Up - Part 1)" - from the forthcoming "Band Of Joy Volume 2" album - and a cover of rockabilly artist Charlie Feathers' 1957 tune, "Too Much Alike", featuring Patty Griffin. Listen to the podcast episode here.

Robert Plant and Alison Krauss Do Raise The Roof With Livestream

Megadeth Finish New Album 'The Sick, The Dying And The Dead'- The Doors Debut First Official Video For 'Riders On The Storm'- more

Caught In The Act: Rolling Stones Rock Detroit On No Filter Tour