Founded in January 1997, Dark Horizons® is not only one of the world’s top sources for online entertainment news, but one of the most widely respected and well regarded with experience in this medium that few can match.

With a focus squarely on the industry rather than celebrity gossip, and a predilection for genre fare, the site has amassed a very large and intensely loyal readership over the years including corporate professionals, early adopters, influential industry insiders, marketing & PR departments, and film and tech journalists.

Said readership is matched only by its internal industry reputation as one of the most fair, balanced and objective sites in the field, one that avoids the hyperbole of over editorialising. It also delivers the news with a voice of authority and experience thanks to its editor Garth Franklin who has blazed the trail in the online publishing field since the Internet’s early days back in the mid-1990’s. 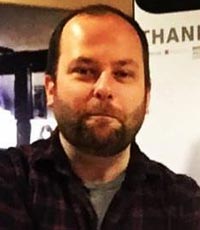 One of the very first online entertainment journalists, Sydney-based Garth Franklin has clocked up more hours, stories and experience in this field than the entire staff of various other sites combined. Respected and well-regarded amongst his peers, Franklin created and designed the very first Dark Horizons® incarnation on geocities.com back in April 1996 and has steered it through at least four major re-designs, two recessions, hundreds of interviews, thousands of screenings, and tens of thousands of articles.

Franklin, who is also a ‘Top Critic’ on Rotten Tomatoes and member of the Australian Film Critics Association, has also contributed columns for several outlets including Empire Magazine Australia, Cinescape Magazine and AOL, served as a film critic on both Foxtel’s Channel V and ABC Radio 702 with Angela Catterns, contributed content or towards pieces for numerous outlets ranging from IGN to USA Today to the U.S. Armed Forces Radio and Television Service, and guested on several podcasts including The Leaky Cauldron, Smodcast’s Team Jack, Pod Save Our Screen and Hell is for Hyphenates. 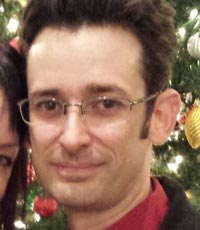 Dallas-based arts & entertainment journalist Gary Dowell graduated with a Bachelor’s Degree in Journalism from the University of Texas at Arlington’s School of Communications in 1998. He worked as a film critic and section editor at The Met and the Dallas Morning News until 2004.

Since then he has worked full-time as a catalog copywriter and consignment director for Heritage Auctions along with freelancing for the Dallas Morning News, Lakewood Advocate, Lit Monthly, Pop Citizen, and Theater Jones. 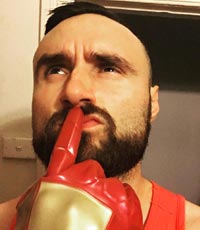 A Michael Mann fanatic all the time, Blake Howard is an Aussie film writer, editor and member of the Online Film Critics Society. Co-founder of the acclaimed Australian film website Graffiti with Punctuation, he offers articulate analysis across the gamut of cinema from blockbusters to indies galore.

A former co-host of That Movie Show 2UE, he’s also behind the top-rating film podcasts such as Pod Save Our Screen and The Debrief, a freelance contributor to outlets from Penthouse to ABC News 24, and a co-host of the weekly ‘Gaggle of Geeks’ on 2SER radio. 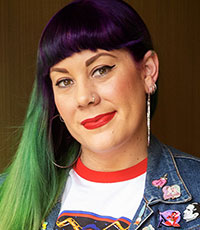 Maria Lewis is a New Zealand born, Queensland raised author, screenwriter, journalist and pop culture commentator. She began her career at the age of sixteen as a cadet at the Gold Coast Bulletin covering the crime and police beat for several years. 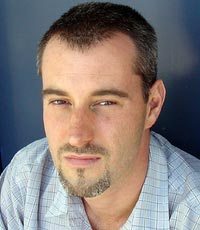 A hard-working Australian journalists who has written for publications and institutions throughout Australia including The West Australian, Penthouse, The Sydney Morning Herald, Australian MacWorld, Xpress Magazine and The Seaside Observer.

Along with writing general features on everything from celebrities and business to ideas and culture, he’s written over 15 novels, dozens of short stories, poetry, and a journal now in its 20th year.

“Hawkeye” Viewership Down On “Loki”?

“Chucky” Renewed For A Second Season

“Zorro 2.0” Reimagines Hero As A Hacker

Review: “The Harder They Fall”