A WORD IN THE NEWS

The "protest" family has some curious cousins. 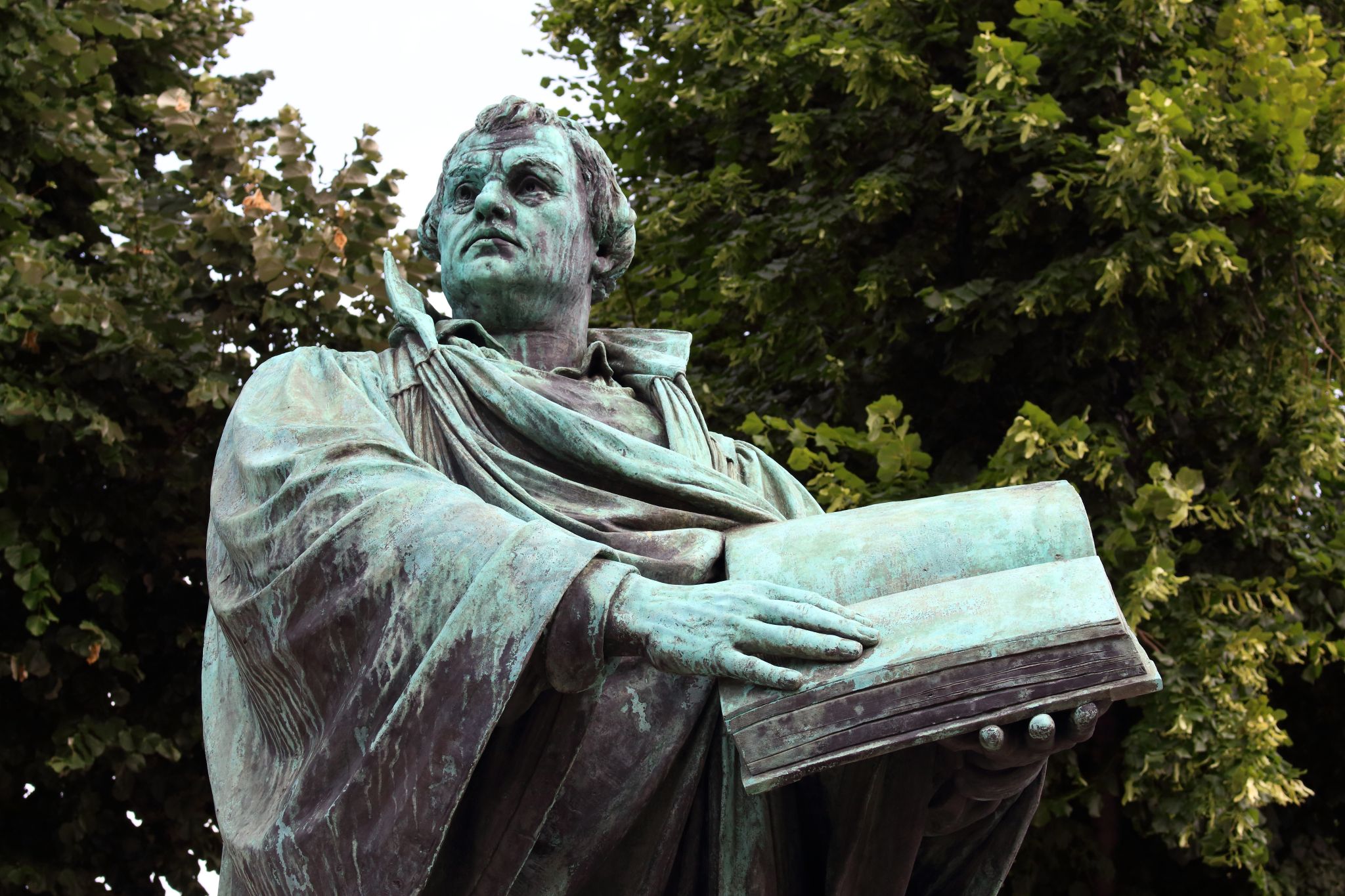 In a dictionary typically the next word under it is Protestant. Modern Protestants don't seem to be defined by protest, but the name is rooted in the birth of the movement, in Germany in the 1500s.

It was originally used of German princes and free cities who declared their dissent from ("protested") the decision of the Diet of Speyer (1529), which reversed the liberal terms allowed Lutherans in 1526 in the still-nominally-Catholic Holy Roman Empire. It's all in the back-story to the Thirty Years' War.

The word was taken up by the Lutherans in Germany (the Swiss and French dissenters preferred "Reformed"), and it became the general word for "adherents of the Reformation in Germany," then "member of any Western church outside the Roman communion;" a sense attested in English by 1553.

In England in the 1600s, the word seems to have been accepted in reference to the Church of England with the understanding that it meant "opposed to the Roman Catholic faith or Church."

But look at the second element of the Latin word: testari "to testify," also "to make a will, be witness to," from testis "witness."

Linguists reconstruct the source of this as PIE *tri-st-i- "third person standing by," from the roots of three and stand. The notion is of a third person as a disinterested witness. [For the sense, compare umpire, a misdivision of noumper ("a noumper" heard as "an oumpere"), from Old French nonper "odd number, not even," in reference to a third person to arbitrate between two (from non "not" + per "equal").]

That Latin testari/testis has a whole houseful of cousins in English, some of which are obvious. Do the manual-of-arms substitution of Latin prefixes on that verb stock, and you get: attest ("testify to"), detest ("denounce with one's testimony"), contest (the Roman notion is "calling witnesses" as the first step in a legal combat).

Testis/testari also give us testament, testimony, intestate and others.

But despite the common internet memes that say so, the sense of testis is unlikely to have anything to do with testicles.

Testicle is from Latin testiculus, which is from testis, which in addition to meaning "witness" also was the Latin word for "testicle." Grammatically, testiculus is a diminutive, but spoken ("vulgar") Latin tended to use diminutive suffixes to make a word bigger, longer, without regard to meaning (and even paradoxically), and the supposition is that they didn't mean it as "little balls" but as a more robust construction. Testis, after all, is a faint and hissy word.

Masculus is another augmentative-diminutive probably born of the same process. The native ballocks (Old English beallucas) is also, curiously, a diminutive.

Testis "testicle" is believed to be in the testari family, but despite what you read on the internet it is not accounted as the source of the meaning "witness." Rather, testis "testicle" usually is regarded (other than in memes, which I'll spare you the sight of) as a special application of testis "witness," presumably because it "bears witness to male virility" [Barnhart]. Stories that trace the use of the Latin word to some supposed swearing-in ceremony are modern and groundless.

The OED, meanwhile, points to Prof. Alois Walde's early 20c. suggestion of a different etymology for Latin testis "testicle." He suggests it is from or related to  testa "piece of earthenware, tile, potsherd; earthen pot, pitcher, jug; shell of shellfish."

Which brings us round to test "trial or examination to determine the correctness of something." Which (unless Walde was on to something) is not in the PROTESTANT/PROTEST/TESTICLE family (you don't want to be around for the family photos there, and do not, under any circumstances, Google it).

That test is only from Shakespeare's time, but it's a special use of the English descendant of the Latin "small pot" testa mentioned in Walde's theory. It became test in Middle English and meant specifically "small vessel used in assaying precious metals." The connecting notion to the modern classroom test is  is "ascertaining the quality of a metal by melting it in a pot."

This word test loops into Protestant history in the form of the Test Acts, various laws meant to exclude Catholics and Nonconformists from office in what was by then a formally Protestant England.

Testa is related to Latin testudo "tortoise" (for the shell) and textere "to weave" (compare Lithuanian tištas "vessel made of willow twigs"), from a PIE root *teks- "to weave," also "to fabricate."

And, like many words in many lands for "cup," "jug," "pot" it was used humorously for "the head" (or perhaps the use is via Late Latin use of testa as "skull," from testa capitis "shell of the head"). Compare German Kopf "head" from the root of English cup (n.).