The road towards a free ebook reader 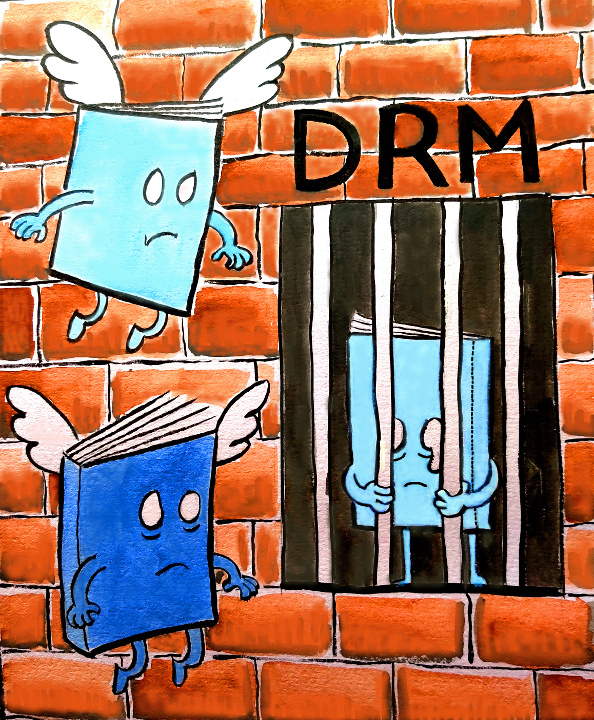 One corollary to the FSF's mission to bring freedom to all computer users is the need to bring freedom to every type of computer. While many users are not prone to thinking about it often, any device that runs software is a computer in this sense, whether it's on your lap or desk, or in your pocket. Most ebook readers run some version of the kernel Linux, and some even run the GNU/Linux operating system. This puts ebook readers a few steps closer to freedom than other devices, but closing the gap will still require a significant amount of work.

Accordingly, as we announced at the LibrePlanet 2021 conference, we've decided this year to prioritize facilitating the process for an ebook reader to reach the high standards of our Respects Your Freedom (RYF) hardware certification program, whether this means adapting an existing one from a manufacturer, or even contracting its production ourselves.

In general, there hasn't been much pressure on hardware manufacturers to hold the freedom of their devices to a high level of scrutiny. As with general purpose computers, this means that several critical components of the device will not function without nonfree software. In ebook readers, this includes components as critical as the e-ink screen that powers the display.

The free software community has made some good strides in the area of freeing ebooks. Denis "GNUToo" Carikli has composed a page on the LibrePlanet wiki documenting the components of ebook readers and other single-board computers; this has laid the groundwork for our investigation into releasing an ebook reader, and is one of the wiki's more active projects. Also, earlier in the year, a user on the libreplanet-discuss mailing list documented their project to port Parabola GNU/Linux to the reMarkable tablet, thereby creating a free ebook reader at the same time. It's steps like these that make us feel confident that we can bring an ebook reader that respects its user's freedom to the public, both in terms of hardware and the software that's shipped with the device.

Yet even when you have a free ebook reader in your hands, you will still need to be vigilant about your freedom. Many ebooks on the market are laden with Digital Restrictions Management (DRM), which prevents you from exercising the freedom to read and share the books you buy and own. Consenting to the DRM that many ebooks are distributed with is a sure way to lose control of your digital autonomy, no matter what kind of device you have. Despite the Internet giving us the means to share textbooks or works of literature seamlessly and without cost, publishing companies still operate under old assumptions, meaning that libraries and storefronts alike ignore the "solved problem of lending" and distribute books under restrictive terms.

Despite the technology behind ebooks having been with us for years, ebook DRM has only gotten more restrictive. It's common for textbooks to now require a constant and uninterrupted Internet connection, and that they load only a discrete number of pages at a time. Such requirements, especially when placed on students in the global south, where connections aren't as reliable, directly detract from the quality of their education. This is what motivated our decision to make textbook DRM (and one of its top peddlers, Pearson) our target for the International Day Against DRM (IDAD) in 2019. And though the pandemic may have prevented people from meeting, DRM was undeterred. Even libraries fell victim to "lending" services like Kanopy, putting an artificial lock on digital copies of books, the last place it makes sense for them to be.

If the FSF is successful in landing RYF certification on an ebook reader, which I fully believe we will be, we can ensure that users will have the ability to read digitally while retaining their freedom. It's up to all of us to make sure we have the right to read, by avoiding ebook DRM in each and every case, and celebrating free (as in freedom) resources like Wikibooks and the Internet Archive, bridging the divide between the movement for free software and the movement for free culture, empowering both readers and computer users around the globe.