You are here: Home › Campaigns › Campaign for Free BIOS

(Also available in: Spanish, Italiano, although these versions may be outdated.)

When the kernel Linux became free software in 1992, it filled the last gap in GNU. The combined GNU/Linux operating system achieved our goal: you could install it in a bare PC, and run the computer without any installed non-free software.

Strictly speaking, there was a non-free program in that computer: the BIOS. But that was impossible to replace, and by the same token, it didn't count.

The BIOS was impossible to replace because it was stored in ROM: the only way to to put in a different BIOS was by replacing part of the hardware. In effect, the BIOS was itself hardware--and therefore didn't really count as software. It was like the program that (we can suppose) exists in the computer that (we can suppose) runs your watch or your microwave oven: since you can't install software on it, it may as well be circuits, not a computer at all.

The ethical issues of free software arise because users obtain programs and install them in computers; they don't really apply to hidden embedded computers, or the BIOS burned in a ROM, or the microcode inside a processor chip, or the firmware that is wired into a processor in an I/O device. In aspects that relate to their design, those things are software; but as regards copying and modification, they may as well be hardware. The BIOS in ROM was, indeed, not a problem.

Since that time, the situation has changed. Today the BIOS is no longer burned in ROM; it is stored in nonvolatile writable memory that users can rewrite. Today the BIOS sits square on the edge of the line. It comes prewritten in our computers, and normally we never install another. So far, that is just barely enough to excuse treating it as hardware. But once in a while the manufacturer suggests installing another BIOS, which is available only as an executable. This, clearly, is installing a non-free program--it is just as bad as installing Microsoft Windows, or Adobe Photoshop. As the unethical practice of installing another BIOS executable becomes common, the version delivered inside the computer starts to raise an ethical problem issue as well.

The way to solve the problem is to run a free BIOS. And our community has developed free BIOSes--for instance, libreboot. While the number of computers for which a free BIOS is available is growing, it is just a tiny fraction of all computers available for purchase. Whereas "PC clones" were and are quite similar, and fully-documented as regards what the kernel and user-space programs need to know, the commands that the BIOS must execute in order to initialize the machine are varied, and in most cases secret. How to install a new BIOS is also secret on many machines. And so far, most manufacturers have not given us the necessary cooperation of providing these specifications. Some desktop machines can run a free BIOS, but we don't know of any currently available laptop that can do so, but some older ThinkPad models can.

Some of the laptops used at the FSF were donated by IBM. This was one among several ways IBM cooperated with the GNU Project. But the cooperation is incomplete: when we asked for the specifications necessary to make a free BIOS run on these laptops, IBM refused, citing, as the reason, the enforcement of "trusted computing" (Update: since the time of writing, the free software community found a technical workaround to this problem and all laptops used by the FSF now run libreboot). Treacherous computing is, itself, an attack on our freedom; it is also, it seems, a motivation to obstruct our freedom in other ways.

Not all of our community perceives the non-free BIOS as an acute problem. Much of our community supports the open source philosophy, which says that the issue at stake is choosing a development model that produces powerful, reliable software. The open source philosophy doesn't say that "closed source" software is unethical, only that it is likely not to be as reliable. People who hold those views might not care about the loss of freedom imposed by a non-free BIOS, because in their philosophy, freedom is not the issue. For us in the free software movement, freedom is the main issue; we have to solve this problem, whether they help or not.

How You Can Help

Since requests for manufacturers' cooperation have not solved the problem, another approach is needed. Now we are asking you to help.

For instance, simply installing a new BIOS in the machine is a substantial challenge. Most manufacturers don't publish the information on how to do this. If you can figure this out for some recent model, especially a laptop, that would be a substantial contribution.

Cooperation from the manufacturers would make that work unnecessary. However, to gain cooperation we need to press for it.

The most uncooperative company is Intel, which has started a sham "open source" BIOS project. The software consists of all the unimportant parts of a BIOS, without the hard parts. It won't run, and doesn't bring us any closer to a BIOS that does run. It is just a distraction. By contrast, AMD has been cooperating by releasing major chunks of their BIOS source code and making their technical experts available.

You can help our campaign by buying AMD CPU chips and not buying Intel, and by publishing statements about what you're doing. Likewise, buy computers that support free BIOS. See the libreboot compatibility list for information on which hardware is supported.

When you do this, tell your friends and your coworkers. And please tell us, too--please write to bios@gnu.org to tell us that you have chosen what to buy because it supports a free BIOS.

You can also help our campaign by writing to manufacturers such as Intel, saying they ought to cooperate with a fully free BIOS. Calm but strong disapproval, coupled with stating an intention to take action accordingly, is more effective than venting rage. You can send them e-mail through the form on their Web site, and snail mail to:

Please send a copy of your message to bios@gnu.org, so we can monitor the support for this campaign. The more mail they get, the more effect, so please do add your voice to ours.

We would like to offer positive inducements as well as pressure. Our idea is to endorse, for a period of time, the first manufacturer in a given category of machine (for instance, laptops) that cooperates fully with free BIOS. To make this offer effective, we would like to collect a long list of people who say they intend to make their choices according to our endorsements.

Once this campaign has built up strength, we will publicize offers of endorsements and begin inviting manufacturers to accept them. We will ask for your help at every step. 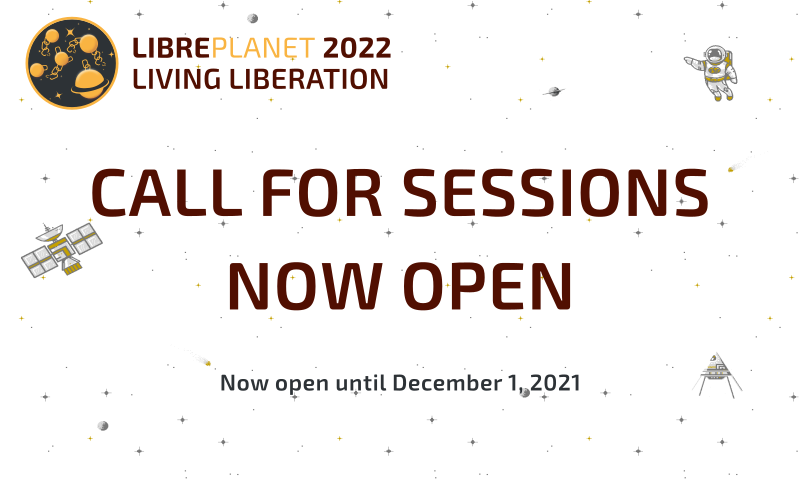