Warning: It seems JavaScript is either disabled or not supported by your browser. Please enable JavaScript to improve your experience.

Any Canadian citizen who is a present or former long-term resident of Newfoundland and Labrador is eligible for nomination to the Order. The only exceptions are public officials, such as judges, members of the Senate, House of Commons, House of Assembly or legislative assembly of a province, members of municipal, town, regional councils or local service district committees who may not be nominated while they are in office. Posthumous nominations are not accepted. Organizations, groups, or couples may not be nominated; the Order is for individuals only. Additionally, an individual who is not a Canadian citizen or current or former long-term resident of the province, but who has demonstrated excellence in their field of endeavour, and who has benefited the province and its residents in an outstanding manner, may be nominated as an honourary member.

At a formal ceremony, the Lieutenant Governor of Newfoundland and Labrador, as Chancellor of the Order, will present each recipient with a medal bearing the shield of Newfoundland and Labrador surmounted by the Crown. A member will receive a certificate signed by the Chancellor and sealed with the seal of the Order, as well as a miniature medal and a lapel pin. The medal is worn with a blue, green, white and gold ribbon. Members of the Order are entitled to use the initials O.N.L. after their names.

The Order of Newfoundland and Labrador Advisory Council selects members to be invested into the Order each year after considering all nominations received.

For more information about the Order of Newfoundland and Labrador visit our FAQ section.

Order of Newfoundland and Labrador Insignia

The insignia of the Order is in the shape of a stylized pitcher plant (sarracenia purpurea Linnaeus), which was declared Newfoundland and Labrador’s floral emblem in 1954. The petals are crafted with the provincial mineral, Labradorite. The pitcher plant is found primarily in bogs and marshland throughout the province. It has a large wine-red fl ower with a red and gold centre, and hollow pitcher-shaped leaves are attached to the base of the stem.

The insignia of the Order has at its centre the Arms of the Province, granted by King Charles I, in January 1638. The Arms incorporate some of the most ancient heraldic symbols, the unicorn representing Scotland and the lion representing England. 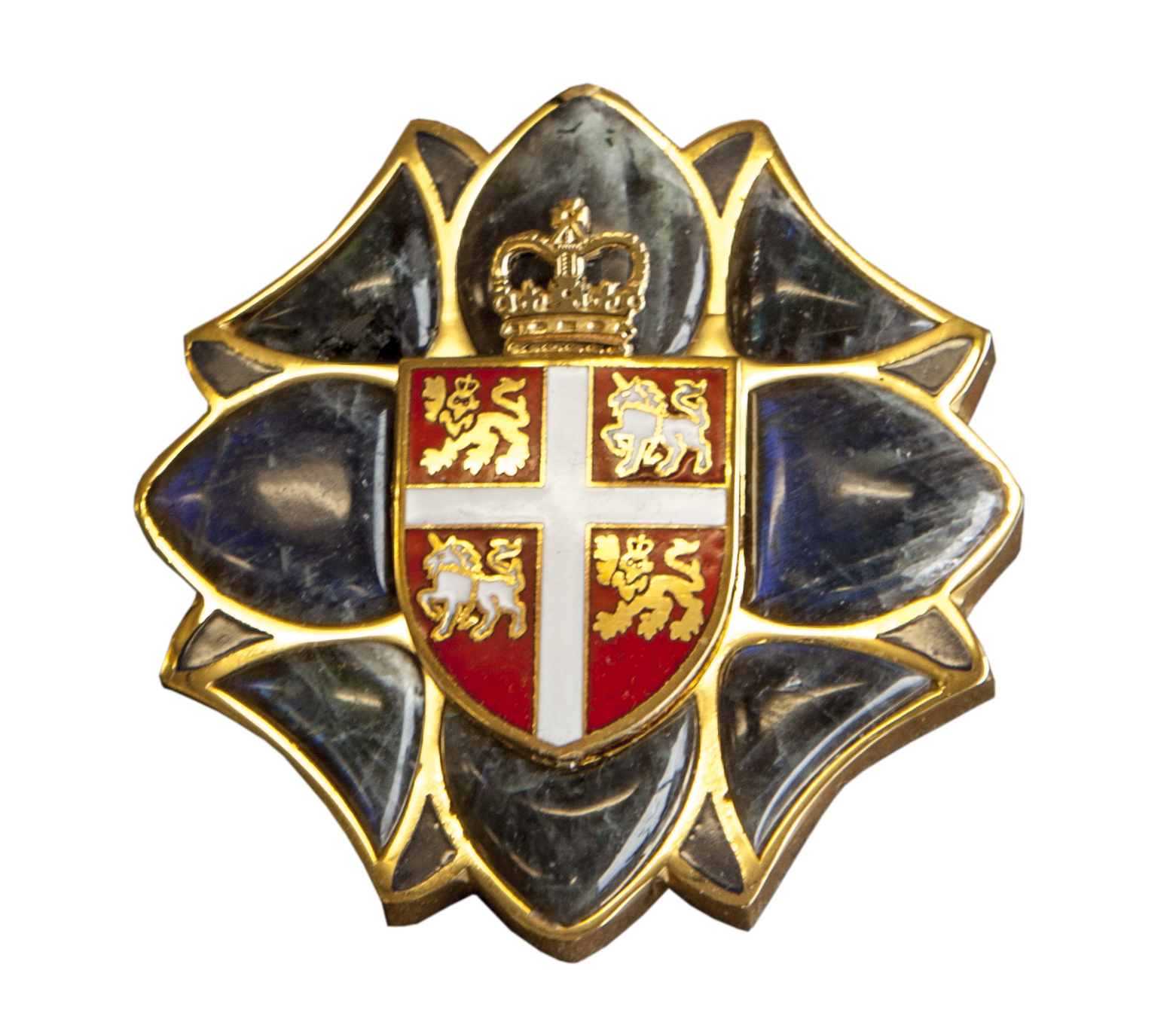