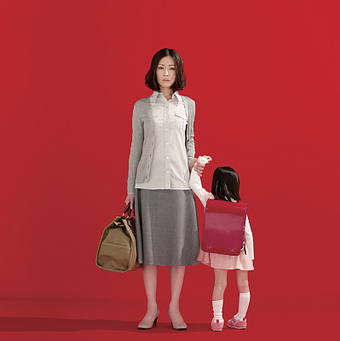 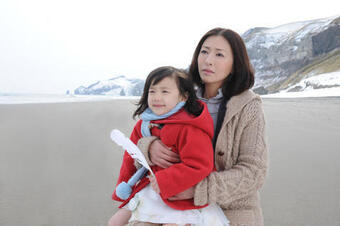 Child abuse is arguably one of the cruelest of crimes. But just as despicable, if not worse, is the all-too common tendency of society to turn a blind eye to evidence of such exploitation.

"Mother" is the story of a woman who responds to an abused girl's silent cries of help. Nao (Yasuko Matsuyuki), an aloof 30-something woman who works reluctantly as an elementary school teacher, notices the unmistakable bruises on her first grade pupil Rena (Mana Ashida). Initially, like everyone else, Nao looks the other way.

But Rena's wretched desperation soon awakens a passion and determination in Nao. Together they skip town and embark on a risky journey pretending to be mother and child. "Mother" is the story of the transformation of a once disenchanted woman who suddenly takes on the role of a parent to a child who is starved for maternal love. The drama probes into the meaning of motherhood in modern society.

"Mother" has received many awards in Japan and has been sold as a scripted format to Turkey, South Korea, Ukraine, France, Thailand, China, Indonesia and Spain.
The Turkish version, Anne, has been distributed to almost 50 countries around the world. South Korea aired their version of "Mother" in 10 countries in Asia at the same time of telecast.

"Mother" has also won a Special Mention in the MIPCOM BUYERS' AWARD for Japanese Drama in 2010, receiving high acclaim for its storyline, actors and production quality. The MIPCOM BUYERS' AWARD was inaugurated through a collaborative project between MIPCOM and International Drama Festival in TOKYO to promote the high quality and solid entertainment value of Japanese content, and to distribute these globally.
https://www.ntv.co.jp/english/pressrelease/20101007.html