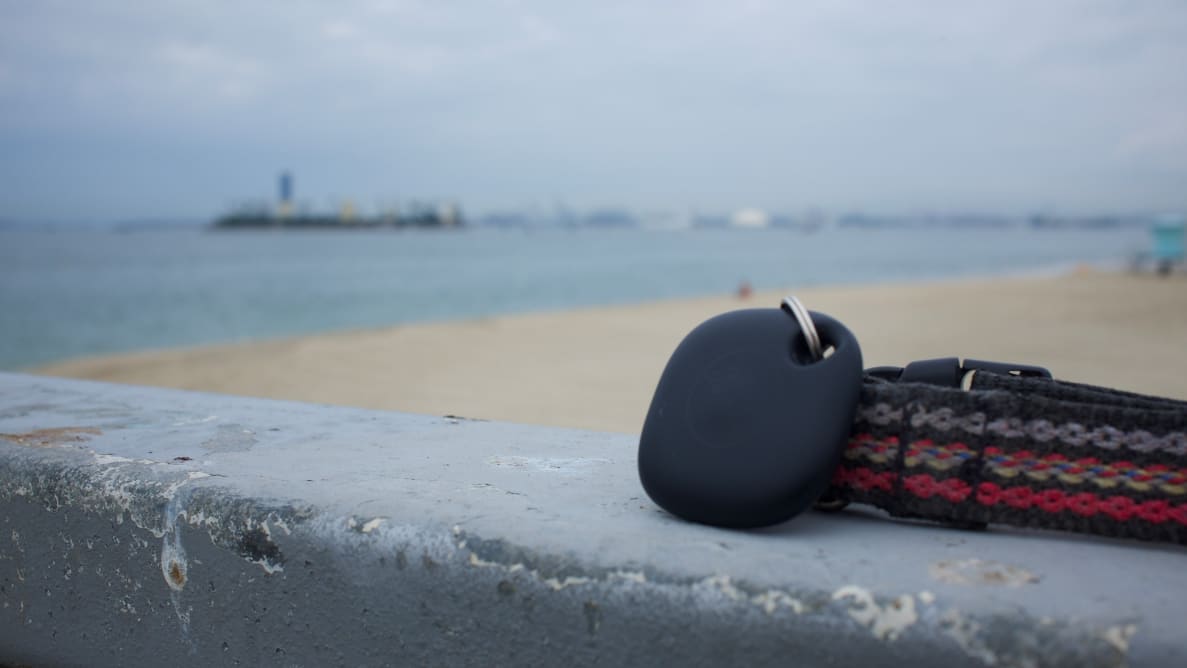 Samsung's SmartTag is a fine Bluetooth tracker, but only if you have a Samsung phone

Although Samsung's Galaxy SmartTag attempts to bring the simplicity of Apple's AirTags to Samsung's own lineup, it does so without the elegance of the competition. Compared to other trackers such as Apple's AirTag or Tile's Mate, it's bulkier, takes longer to set up, and in some cases requires more commitment to a larger ecosystem of apps and devices. The Galaxy SmartTag is only compatible with Samsung devices, so unless you want to buy a new ensemble of trackers every time you switch platforms, you'd better off investing in a few Tile trackers.

Recommendations are independently chosen by Reviewed’s editors. Purchases you make through our links may earn us a commission.

Samsung’s Galaxy SmartTag is loud and easy to attach to your bag, but you can't use it with non-Samsung devices.

About the Samsung Galaxy SmartTag

Here are the specs of the tracker we tested:

It has a loop

A tracker won't do you any good if you can't easily tack it onto the item you're hoping to keep an eye on. Some trackers, like Apple's AirTag, nixed any sort of loop or clip in favor of a minimal design that requires an accessory to attach it to anything. Samsung took a page out of Tile's book and added a little loop to one of the corners of Galaxy SmartTag, so you can stick something through it.

If you're planning on attaching it to a backpack or perhaps your pet's collar, an existing keyring should do the trick. (Fair warning, though: the Tag's thickness makes it difficult to feed smaller keyrings through.) You could also use a chain, string, or even a Ziptie if you don't want the tag to move too much, and the tag's loop should accommodate just fine.

So unlike Apple's AirTag, you don't need to buy any additional—often pricey—accessories just to get full functionality after your tracker. Unfortunately, you don't have the option to use fancier accessories like those you can get for the AirTag, though it won't really affect your experience.

There aren't many ways to stuff additional features into a screenless trinket no larger than a Popsocket, but Samsung's managed to bring a bit of automation to its tracker. On the front of the device, there's a round button that you can assign to perform two functions: one that triggers on a single tap, and a second that activates on a long press.

Samsung's given you several actions to assign to the button, mostly geared towards making sure you don't lose your items. For instance, a single button press could send a notification or text message to your partner or friend if someone happens to find your wallet, while a longer press might be used to change the device's location mode between Away, Home, and Night; there's no clarification within the Tag’s settings on what those location modes do, though. If you set up an automation to get a text whenever the button is pressed—you get to write out your own custom message—it’ll send nearly instantly.

But it's hard to even tell if the Galaxy Tag has a button at all unless you’ve gone through the device setup yourself. It's flush with the rest of the device, with an extremely minor bump in the center that's hard to notice without really feeling for it. There's a ring around the button itself, but again it's too subtle to indicate anything on its own. That dampens the potential of being notified immediately once someone finds your tag, as they're unlikely to know there's a button on the device at all, let alone what it does.

To make sure you can hear the SmartTag at a windy beach or in a big home, Samsung's equipped it with several ringtone options, plus the ability to control the tag's volume with low and high settings.

There are ten ringtones to choose from, where Apple's AirTag doesn't let you change the pinging sound at all. This allows you to pick the one that resonates best with your ears, so you'll immediately pick up on it next time you're looking for whatever you've attached your tag to.

The speaker is surprisingly loud, too. In our testing—which included playing rounds of fetch at the park with an eager pup—the Galaxy Smart Tag's tones carried well enough (roughly 30 feet in our testing) to track down whatever you're searching for. This is probably aided by the fact that all ten tones are fairly tinny and high-pitched, making them easier to distinguish from more casual ringtones.

Like the AirTag, just bringing the Galaxy SmartTag close to your phone will trigger the setup prompt on your phone. It's mostly straightforward—just tap a few buttons and hit accept when necessary, then you should be good to go.

But it's slightly less convenient than setting up Apple's AirTag. The Galaxy SmartTag's process requires six screen taps to complete, while the AirTag's takes four, and the Galaxy’s setup took about ten seconds longer to complete. For a product you only need to set up once, that would be a non-issue, but most people buying trackers opt for more than one (Samsung sells packs of two, three, and four), and those extra steps and seconds add up over time.

While a tracker should excel at helping you find lost items, it would ideally do so conspicuously and not draw attention to itself. That's not the case with the Galaxy Smart Tag, which is thicker and has a larger surface than Apple's AirTag.

If you place an AirTag, which is slightly larger than a quarter, on top of the Galaxy Smart Tag, each corner of the Galaxy will protrude behind the round AirTag. It's noticeably thicker than the AirTag, too, which is unfortunate because it makes it tougher to conceal on items you'd like to prevent from being stolen. That also means that, unlike Apple's tag, you'd have a hard time plopping one into one of your wallet's pockets.

The SmartTag's hardware button might play a role in that, but it's unclear whether the trade-off is worth it. Although the button does add some nifty functionality to Samsung's tracker, it isn't so ubiquitous that people will know to press it when they see a stray tag out in the wild.

Meanwhile, the added bulk makes it tougher to do something like, say, taping a tracker underneath your bike's seat. The added bulk is just enough to make the Smart Tag more noticeable at a glance than the AirTag, which makes it tough to trust for keeping thieves away.

It only works with Samsung devices

As with Samsung's Galaxy Watch 4, the SmartTag only works with Samsung devices. If you're dead set on staying within the Samsung ecosystem, that may not be a problem, but it's limiting nonetheless.

That's true of the AirTag, too, but that's always been the case with Apple, while it's a more recent shift for Samsung's accessories. So, if you're used to being able to take your accessories—like a Fitbit or Tile tracker—with you when you switch to another Android device, that won't work the next time around. One SmartTag costs $30, and if you're likely to have more than one in your home, each tag becomes another reason to stick with Samsung going forward.

Should you buy it?

Maybe, if you're already invested in the Samsung ecosystem

Taken at face value, the Galaxy SmartTag seems like a perfectly fine tracker. It's cheap, easy to tack onto anything you want to track, and the hardware button gives you some functionality other trackers don't offer. That said, its shortcomings make it less convenient than other trackers, and you won’t be able to use them with non-Samsung devices.

Unlike Apple's AirTag, which also asks you to commit to a locked-in ecosystem, the Galaxy Smart Tag does so without many of the same benefits. Its settings are more complicated, it's harder to conceal, and the software lacks the overall polish of Apple's Find My app. You also won't get the abundance of accessories you can find for Tile trackers or AirTags. The inclusion of the loop does add some convenience that the AirTag neglects, but it does so while delivering a subpar experience in other categories.

If you're an Android user in the market for a reliable tracker, Tile's offerings are more versatile than Samsung's while also being easier to conceal when necessary. That said, if you're certain you'll be sticking with Samsung for the foreseeable future, the Galaxy Smart Tag will integrate better with your device and will have some functionality the Tile can't offer.

Prices were accurate at the time this article was published but may change over time.

Jordan has been writing about and reviewing technology since 2017, with products ranging from tablets and apps to fanny packs and home office gear.

See all of Jordan McMahon's reviews

Our team is here for one purpose: to help you buy the best stuff and love what you own. Our writers, editors, and lab technicians obsess over the products we cover to make sure you're confident and satisfied. Have a different opinion about something we recommend? Email us and we'll compare notes.

Shoot us an email 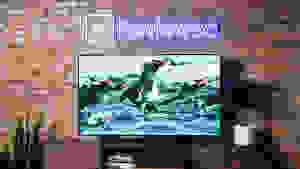 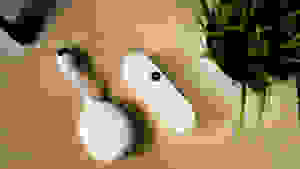 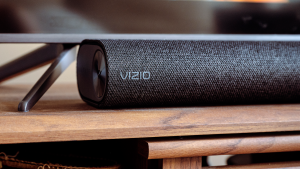 Get the best deals and the best advice dropped right in your inbox.

Get the best deals and the best advice dropped right in your inbox.