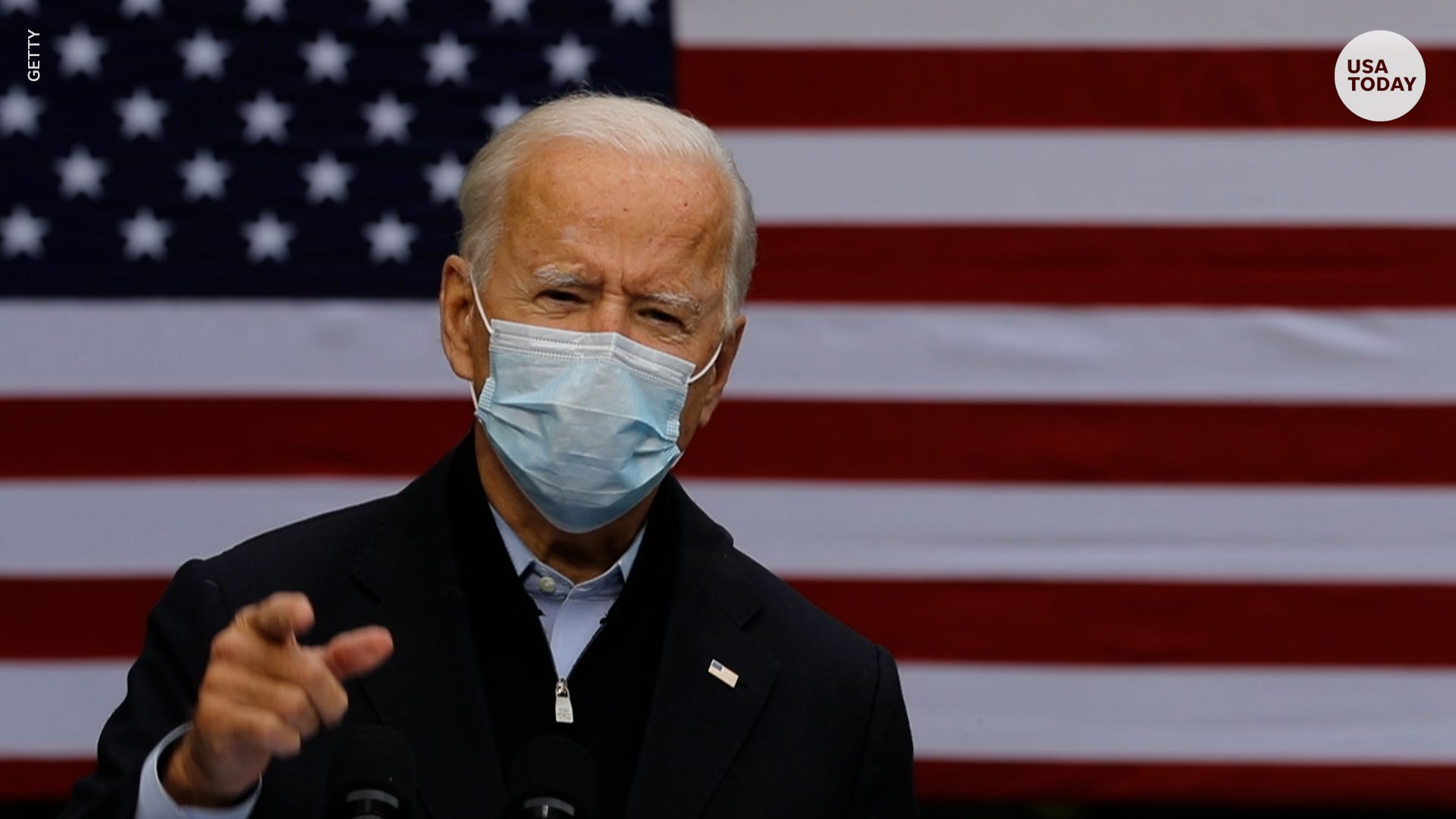 Watch Video: Is a mandate a law? How will Biden's vaccine mandate be enforced?

The Biden administration will spend nearly $2 billion on coronavirus home tests in tandem with a vaccinate-or-test mandate for corporate America.

“We’re hitting a crisis, and the tests the president is going to be purchasing are not nearly sufficient,” said Dr. Michael Mina, a Harvard epidemiologist who has advocated broader use of home tests as a public health measure.

Consumers know how hard it is to find a home test. The Biden plan calls for discounted tests at major retailers such as Walmart, Amazon and Kroger, but those retailers’ websites and many stores often are out of stock. The two largest home test manufacturers, Abbott Laboratories and Quidel Corp., are firing up manufacturing after slowing production this spring.

“It’s sort of like toilet paper and hand sanitizer at the beginning of the pandemic,” said Mara Aspinall, an Arizona State University professor who closely tracks coronavirus testing. “Sadly, I think it’s probably two months before there’s a fundamental difference in the amount of rapid tests on retail shelves.” 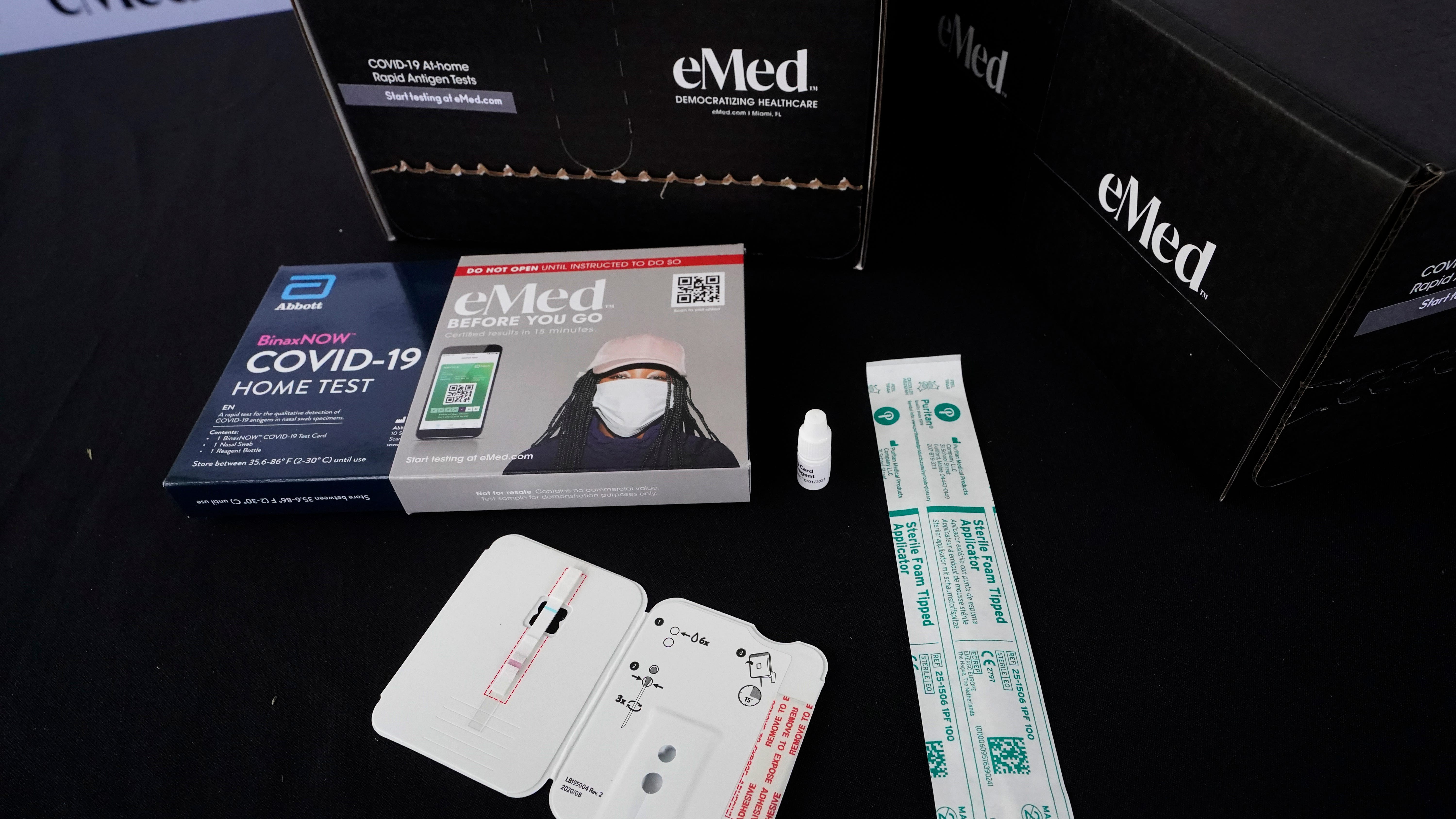 Although the home tests have been available to purchase since spring, Americans have only recently warmed to the technology, Aspinall said. These tests are self-administered, don’t require a prescription and can deliver results in 15 minutes.

Abbott and Quidel slowed production this spring when COVID-19 cases significantly dropped. But the delta variant is driving a new surge in testing, cases and hospitalizations, and manufacturers are trying to speed production.

Biden's plan calls for supplying federally purchased tests to long-term-care facilities, community testing sites, homeless shelters, prisons, jails and other centers that serve vulnerable populations. Biden's plan to buy millions of kits “sounds like a lot of tests,” Mina said. “But over six months or so, it’s actually less than one test per person.”

To adequately track the virus, the Rockefeller Foundation projected the nation would need 30 million tests each week – a figure that could be reached only with a large expansion of home antigen tests the Biden administration is now purchasing.

The home tests are different from laboratory-based PCR tests that have been the backbone of the nation's testing effort. The lab tests deliver results in a day or two – or longer during times of heavy demand. They are more sensitive and can detect traces of the virus over a longer period, but advocates of at-home antigen tests say the kits can be deployed more quickly and cheaply and alert someone who is infectious and at risk of passing the virus to others.

Major home test makers pulled back from production this spring because the Centers for Disease Control and Prevention did not recommend that vaccinated people get tested, even if they had symptoms. And with more than half of adults vaccinated and cases dropping, Americans became overconfident the pandemic was ending, Aspinall said.

'Trying to catch every case': Are cheap home coronavirus tests the delta antidote?

Now cases and hospitalizations have increased significantly, and consumers are having trouble finding home tests. What’s more, Aspinall and others project orders for home and lab tests will climb as companies test non-vaccinated workers, schools increase screening and more people get sick during flu season.

The lucrative federal contracts, which require test makers to deliver kits through October 2022, will produce a steady stream of business that will allow makers of rapid tests to purchase materials and keep manufacturing lines rolling when cases drop, Aspinall said.

"The key question on the (Biden) purchase is how quickly and in what form it hits the streets," Aspinall said. "These tests are to be delivered through (October) 2022. … It’s not flooding the market in the short term."

Vaccine skeptics likely to 'fight it a little longer'

One of the biggest drivers of new tests likely will be employers preparing for Biden’s vaccinate-or-test mandate.

A survey by the Society for Human Resource Management found that of workers who remain unvaccinated, 49% said they will probably not or definitely not get immunized. In other words, employers could soon be required to line up tests for large swaths of employees who refuse to get a COVID-19 shot.

The survey was done before Biden announced plans to require vaccines for companies with 100 or more employers. The Biden mandate probably will embolden companies who were on the fence about requiring workers to vaccinate or test.

“This is an opportunity to do with what they wanted to do,” said Barb Holland, an adviser with the human resource management society. “This is a mandate. We have to comply.”

Employers still don’t know exactly what they will be required to do. The Occupational Safety and Health Administration will issue new rules, called an emergency temporary standard, detailing how employers must carry out the vaccinate-or-test mandate. OSHA representatives did not respond to questions about when details of the new policy would be available. 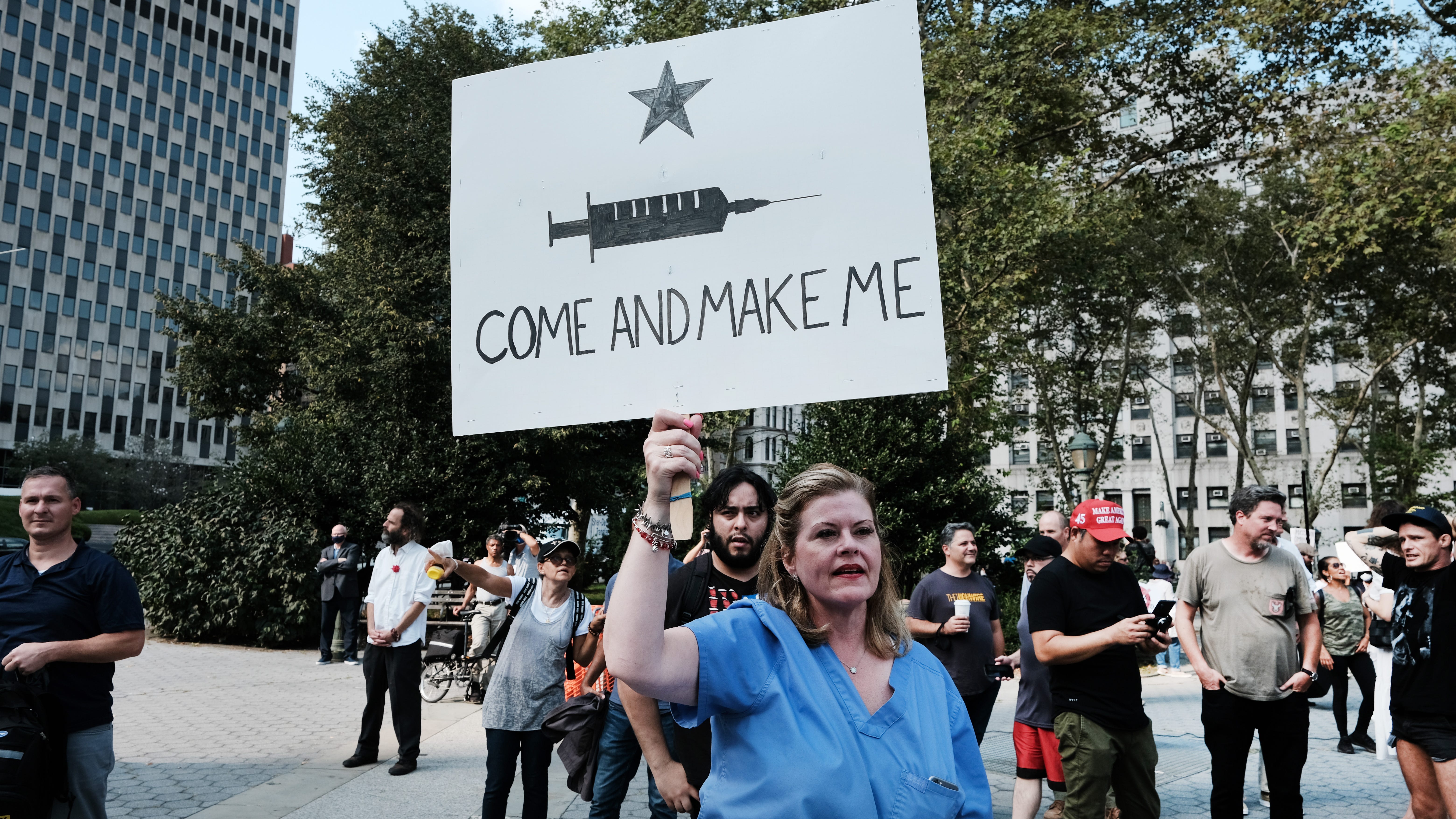 Holland said a major unanswered question is who will pay for the tests for employees who refuse a vaccine.

States such as California and Illinois require businesses to reimburse employees for business-related expenses. And federal law also prevents companies from passing along expenses if they effectively push an employee’s earnings below minimum wage, Holland said.

Employers also will need to accommodate employees with an approved medical exemption or those seeking a religious exemption.

New York's deadline required health care workers at hospitals and nursing homes to be vaccinated with one dose by Monday or risk losing their jobs.  Home care, hospice and adult care workers must be immunized by Oct. 7. Some workers are challenging the state-imposed rules in the courts.

Holland expects that employers will face more challenges from workers who don't want to get vaccinated.

"People who wanted the vaccine, they got it very early," Holland said. "Those who didn’t want the vaccine are likely to fight it a little longer to see what rights and what options they might have to not get it."

Will demand for tests exceed supply?

The Biden administration in March announced $10 billion to help schools expand coronavirus testing for students, teachers and staff to return more schools to full-time, in-person instruction. But schools have been slow to adopt widespread testing.

A Center on Reinventing Public Education survey of the 100 largest school districts found that just 15% are screening students, and many of those districts limit testing to student athletes.

Major school districts in Los Angeles and New York City are contracting with labs and testing providers to screen students.

New Jersey-based Rover Labs routinely sends test collectors to 50 New York City public schools to gather saliva samples from students, teachers and staff. The samples are easier to collect than nasal swabs, but the samples are tested with the same underlying molecular PCR technology used by other labs. 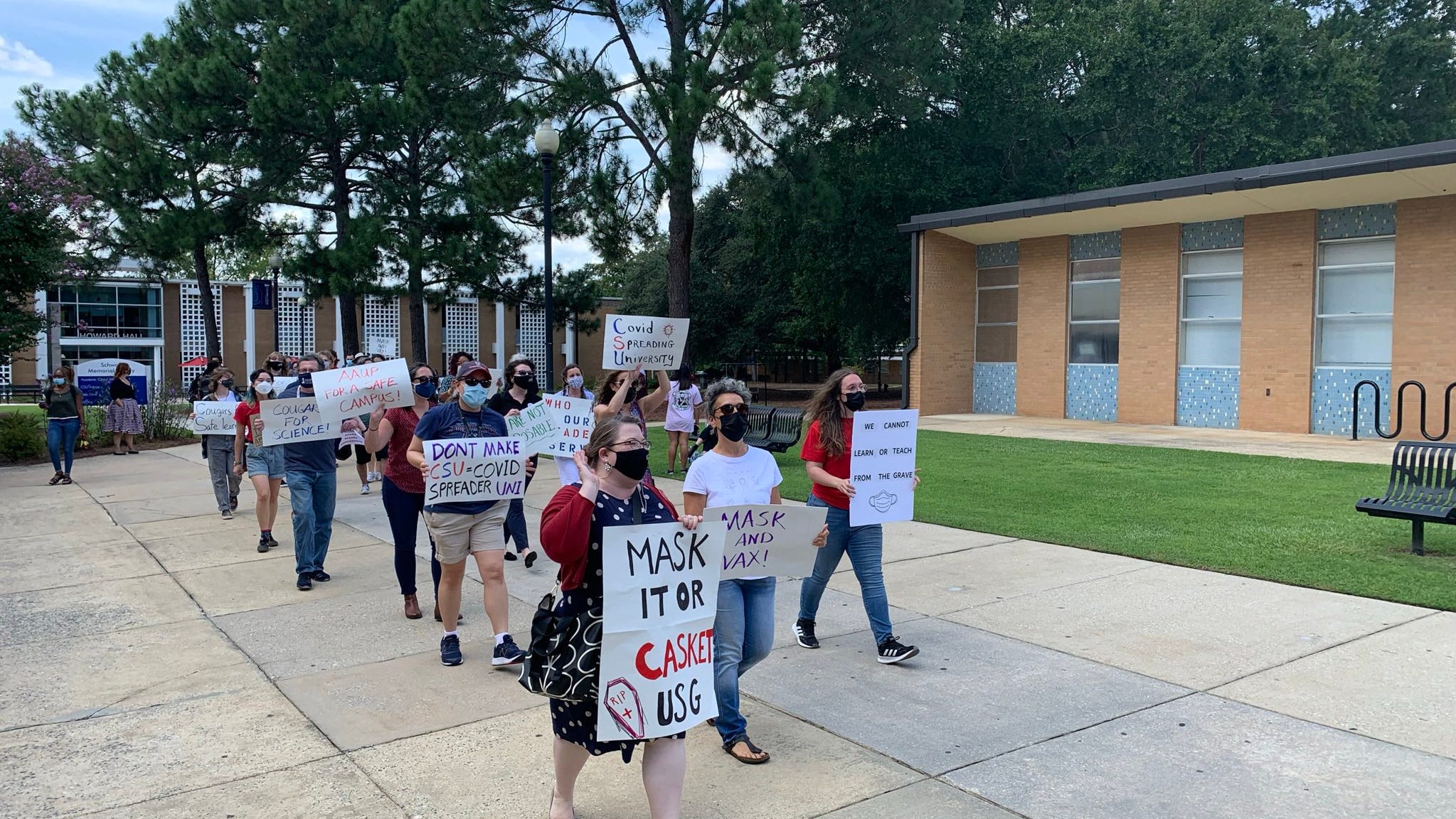 Rover Labs CEO Mark Fasciano said a courier drives the samples collected at city schools to his company's lab in Eatontown, New Jersey, which can process 6,000 tests a day. The company bolsters capacity by pooling up to five samples for a single PCR test. If the test does not find the virus in the pooled samples, the group is considered virus-free. If a pool tests positive, then each sample is tested individually.

Rover Labs will soon expand to test 60 schools in New Jersey, but the company also is fielding more calls from employers asking about on-site testing. Fasciano expects testing could spike once federal rules for Biden’s mandate kick in.

Labs struggle to process samples and deliver timely results during busy times. During this year's summer surge, major private labs took a week or longer to process results, which made the tests of little use for consumers and public health workers.

Major labs such as Quest and LabCorp said they've built capacity and maintained quick turnaround times during the delta variant surge. Quest said most samples are tested within a day. LabCorp said most tests are completed one or two days after the sample is picked up.

Quest said the company will evaluate the new requirements of Biden's testing plan once OSHA releases details. "While many factors influence testing demand, we are evaluating opportunities to scale our laboratory testing capacity and rapid antigen test inventory should demand increase," Quest said in a statement.

In addition to a slowdown in processing lab samples, Fasciano said other weak spots can delay test results. One potential bottleneck is a shortage of trained workers to collect samples. It’s one reason Rover Labs chose saliva-based tests, because the samples can be collected more quickly.

Mina predicts a testing crunch as companies, schools and individuals all try to secure more tests. He says  the federal government should authorize more rapid antigen tests to increase overall supply. In the meantime, he expects consumers will have a tougher time purchasing tests.

"The average person is going to have a real hard time to get their hands on a rapid test over the coming weeks and months," Mina said. 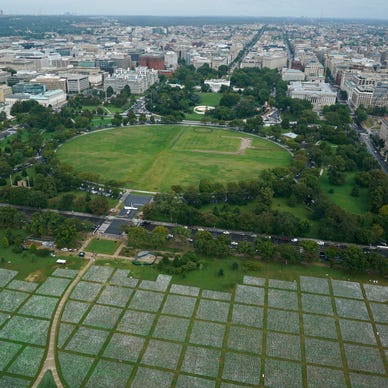