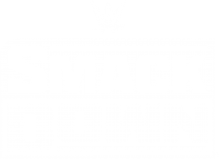 
In the wake of WWE Hell in a Cell, newly-crowned SmackDown Women's Champion Becky Lynch unleashed a vicious attack on Charlotte Flair during her SmackDown Women’s Championship Coronation. Plus, Shinsuke Nakamura battled The Bulgarian Brute for the U.S. Title on Rusev Day, and Samoa Joe and AJ Styles continued to throw fists in a post-match collision.

TULSA, Okla. — Fresh off their contentious win at the WWE Hell in a Cell pay-per-view event over Daniel Bryan & Brie Bella, The Miz and his “special guest” Maryse arrived on SmackDown LIVE ready to chat it up about, well, themselves.

Miz claimed he would again defeat Bryan when they collide at WWE Super Show-Down for the right to challenge the WWE Champion, and Maryse shockingly announced that tonight would be her last night on SmackDown LIVE … at least for now. The “hardest-hitting couple in WWE” also took potshots aplenty at their opponents on “Miz TV,” insulting Brie for only marrying Daniel for publicity before Miz boldly called out Bryan for a fight right now. The “Yes!” Man hit the scene to let Miz know that he could talk about their issues all he wants… but he best not talk about Brie. With that, Bryan charged into the ring and absolutely unloaded on The A-Lister.

In the midst of his flurry, Bryan connected with a dropkick that knocked The Miz right into Maryse, who crumbled to the mat clutching her stomach.

EMTs hit the scene as Miz tended to his hurt wife, and Bryan watched on in absolute shock. Bryan did anything he could to assist the EMTs, but it was all a ruse, as Maryse suddenly started laughing and stood up, and Miz attempted to blindside his nemesis, but The Beard blocked his attempt at the Skull-Crushing Finale. From the apron, Maryse tried to hold Bryan by grabbing his hair to allow The A-Lister to charge at The “Yes!” Man, but Bryan moved out of the way, and Miz accidentally bumped into Maryse again (no schemes this time), before Bryan clotheslined Miz out of the ring, having him join his Mrs. on the floor below.

As The New Day prepare to go to war with The Bar at WWE Super Show-Down in Australia, Kofi Kingston battles The Swiss Cyborg one-on-one.

The New Day outdueled Rusev Day at the WWE Hell in a Cell pay-per-view event this past Sunday, but Kofi Kingston was right back in action less than three weeks before his squad takes on The Bar at WWE Super Show-Down in Melbourne, Australia on Saturday, Oct. 6. Having no patience for New Day’s shtick (they opted to be on “safari” tonight), Cesaro & Sheamus were ready to dim the light on The New Day in Melbourne and attempted to start that process here as Cesaro collided with Kingston.

With Big E, Xavier Woods and Sheamus patrolling ringside, Kingston and The Swiss Superman battled back and forth in a match that had the WWE Universe on their toes. Kingston took risk after risk, but Cesaro stopped the hard-charging Kofi dead in his tracks by kicking him in the knee, then struck with a ring-rattling Neutralizer for the big singles victory.

Photos: The Dreadlocked Dynamo collides with The Swiss Cyborg prior to tag bout in Australia

Despite the slight miscommunication that potentially cost them the SmackDown Tag Team Titles this past Sunday, Rusev Day had another chance to enter the circle of champions on the blue brand tonight as Rusev challenged United States Champion Shinsuke Nakamura.

Rusev brought the fight to The King of Strong Style and had an ample cheering section with Lana and English in his corner. Seemingly hoping to atone for his team’s loss on Sunday and his verbal tirade on how Lana is weighing Rusev down earlier in the evening, The Mozart of Mayhem began to literally cheer on The Bulgarian Brute via the microphone at ringside.

Rusev continued to push the pace on WWE’s Rockstar and dropped the titleholder with a wicked Machka Kick. However, just when it seemed The Super Athlete was in position to trap Nakamura in the Accolade, English got up on the apron and screamed Lana’s signature “Rusev crush” into the microphone. This off-put Rusev, distracting him just long enough for Shinsuke to sneak up from behind and roll him up for three.

Before Rusev Day could have a group meeting about English’s verbal sacrilege, Aiden shockingly cracked Rusev with the microphone and pulverized The Super Athlete with several more microphone strikes, laying him out cold as Lana screamed in horror. Likely for the last time ever, The Drama King belted out one final “Happy Rusev Dayyyyyy” before leaving his former friend in a crumpled heap in the ring.

Despite retaining his WWE Championship this past Sunday in controversial fashion against Samoa Joe at the WWE Hell in a Cell pay-per-view, AJ Styles arrived on SmackDown LIVE feeling like he had something to prove as he prepared to take on Andrade “Cien” Almas.

Almas wasted no time, barely allowing Styles to even enter the ring before blindsiding him prior to the start of the match. Once everything reset and Styles declared he could give it a go, The Phenomenal One and “Cien” brought their best to the table in an explosive bout — their second-ever singles match against one another. Almas proved yet again he can hang with the champion, preying on the damage he inflicted on AJ prior to the opening bell. With Zelina Vega finding ways to interject herself into the contest behind the referee’s back, it appeared the odds were firmly stacked against Styles. However, The Phenomenal One refused to give in, weathering Almas’ devastating Running Double Knees and using some nifty footwork to abort his own pinfall attempt and drop “Cien” with a Styles Clash out of nowhere for the win.

Styles had virtually no time to celebrate, however, as he was immediately blindsided by Samoa Joe. The Samoan Submission Machine’s attempt to get the jump on The Phenomenal One did not quite go as planned, as AJ halted the attack by slamming Joe’s head off the steel steps, prompting his nemesis to exit through the WWE Universe as AJ proudly displayed his WWE Championship in the air ahead of their title rematch where there must be a winner at WWE Super Show-Down on Oct. 9.

Photos: The Phenomenal One throws down with El Idolo in technical thriller

The Empress of Tomorrow takes on one-half of the IIconics, with Naomi and Peyton Royce looking on from ringside.

Taking her newly forged friendship with Naomi to the next level, Asuka was backed by the Glow as she battled Billie Kay (flanked by Peyton Royce) on SmackDown LIVE.

With an equalizer watching her back at ringside, The Empress of Tomorrow paid no mind to Royce and leveled Kay with a series of blistering strikes. Kay attempted to slow down Asuka’s momentum, even getting one close call at a three-count, but Asuka pushed through Kay’s attack and trapped her in the Asuka Lock for the tapout victory less than three weeks before teaming with Naomi against The IIconics at WWE Super Show-Down on Oct. 9.

Photos: The Empress of Tomorrow looks to make Kay regret her pre-match mockery

Becky Lynch bested Charlotte Flair for the SmackDown Women’s Championship this past Sunday at the WWE Hell in a Cell pay-per-view event … and now it was time to celebrate.

With SmackDown LIVE General Manager Paige in the ring, Becky promised she would be the star of the blue brand now that she is champion, excused Paige from the squared circle and called out The Queen.

Although Flair was already eyeing their championship rematch at WWE Super Show-Down, the former titleholder showed humility in defeat and congratulated Lynch on being the better Superstar this past Sunday. Lynch was in no mood for mutual respect, however, and she continued to degrade Charlotte before telling her former best friend to raise her hand in victory.

Charlotte declined that offer and a subsequent one to put the title around Lynch’s waist. Flair couldn’t believe the audacity of Becky’s requests, especially the third one: Lynch wanted Charlotte to call her Queen … and then Lynch called her something else. Aww heck nah.

Lynch’s disrespect prompted Charlotte to lunge at the new champion, but The Irish Lass Kicker got the best of the exchange when the fight spilled outside the ring, throwing Charlotte over the announce table, tossing her back into the squared circle and locking in the Dis-arm-her before continuing the attack with a Bexploder for good measure.

The royal hierarchy on the blue brand may be changing.

Photos: Becky comes to blows with Charlotte during Championship Coronation